Home   /   Christmas Special: The way to Brighton’s heart is through its stomach!
Tweet

Everyone has a favourite aspect of Christmas, whether that be the sharing of presents, hanging up the decorations, playing in the snow (however rare that may be). But one essential part of Christmas that everyone can enjoy… is the food!

From 26th November all the way to 31st December, Brighton is holding a Christmas festival in the Valley Gardens: featuring its own Santa’s grotto, shops selling festive trinkets and accessories, and most importantly… a haven of food stalls! These food stalls are the main selling point of the festival as they dominate over half of the festival space. 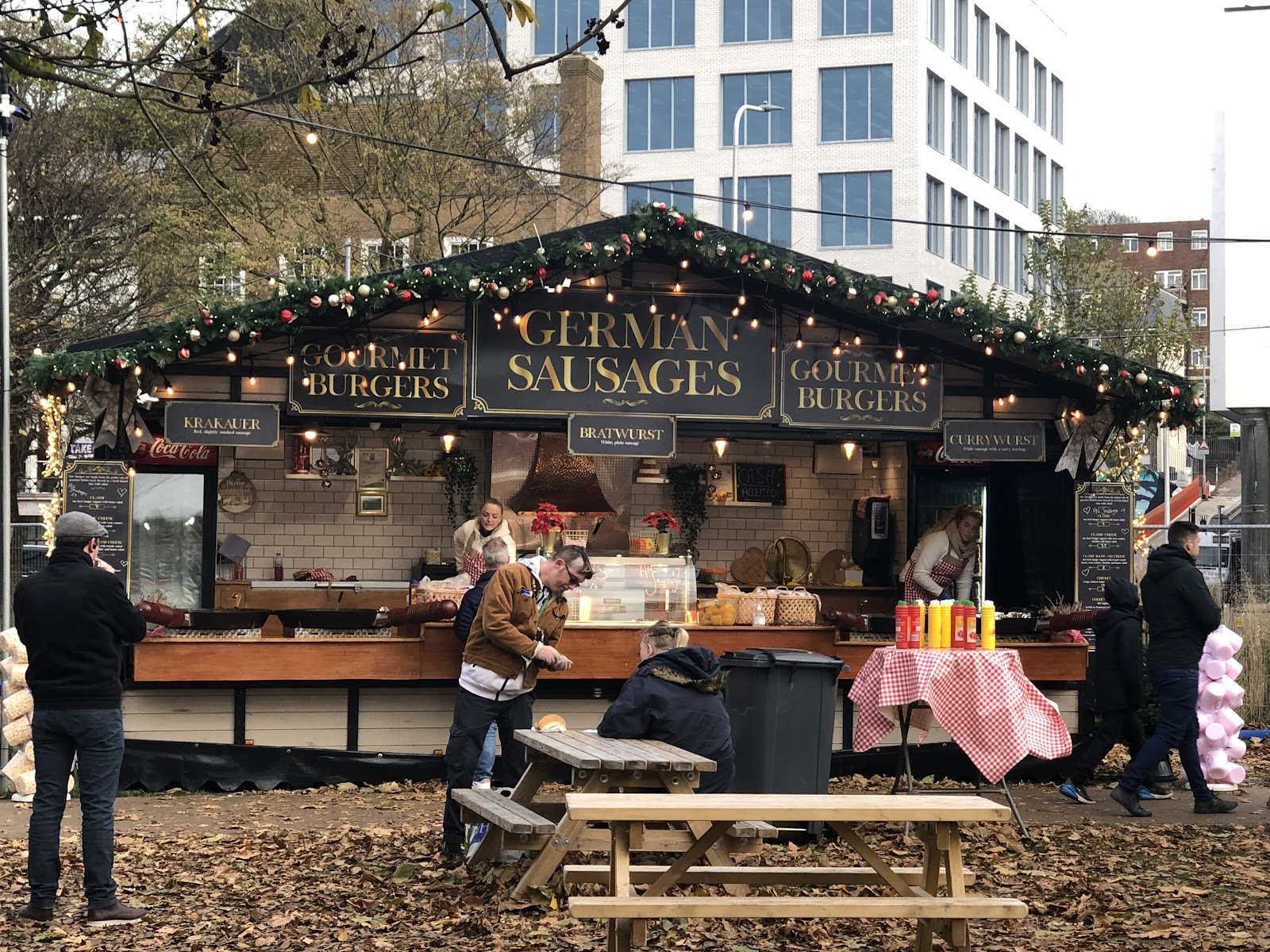 As Christmas provides the chance for families to spend time together, this festival gives people the opportunity to explore many cultures through its delicacies. As we ventured to the festival itself, we saw a variety of iconic foreign drinks and delicacies being served; German sausages, British cheese, Italian pizza, Swedish whisky, Japanese noodles and more.

It’s definitely a far cry from your traditional Christmas Roast Dinner, but it’s wide variety serves as an adventure that’ll satisfy your taste buds all the way to new years eve. Festivities to chew on as you explore the rest of Brighton and watch its line of venues and live shows.

All these cuisines provide warmth during the cold temperatures of winter, and nothing warms us more than the sharp tang of ciders and cocktails – from the hot apple ciders to the sweet blackberry fizzes. One of the staff members at the Carbana Verde shared how Brighton’s ‘character’ helps to enrich the spirit of christmas. This ‘character’ is solely driven by the people of Brighton.

Despite the lockdown that occurred over the past year, there is still a sense of Christmas cheer present in the community – even if that cheer is filled with chatter from the freezing cold! We were able to witness this as beyond the fences of the festival, Christmas decorations were still being hung up along the streets of brighton.

This ‘character’ is further emphasized by people’s commitment to Brighton’s traditions. After asking several stall owners their opinions of the festival, many mentioned how there has been increased participation both in the number of companies involved and number of people visiting, which has already served to create a much more pleasant atmosphere in the festival. The Christmas event has already far exceeded its predecessor; last year’s festival suffered greatly from the restrictions introduced by the pandemic and the growing anxiety surrounding large crowd gatherings. 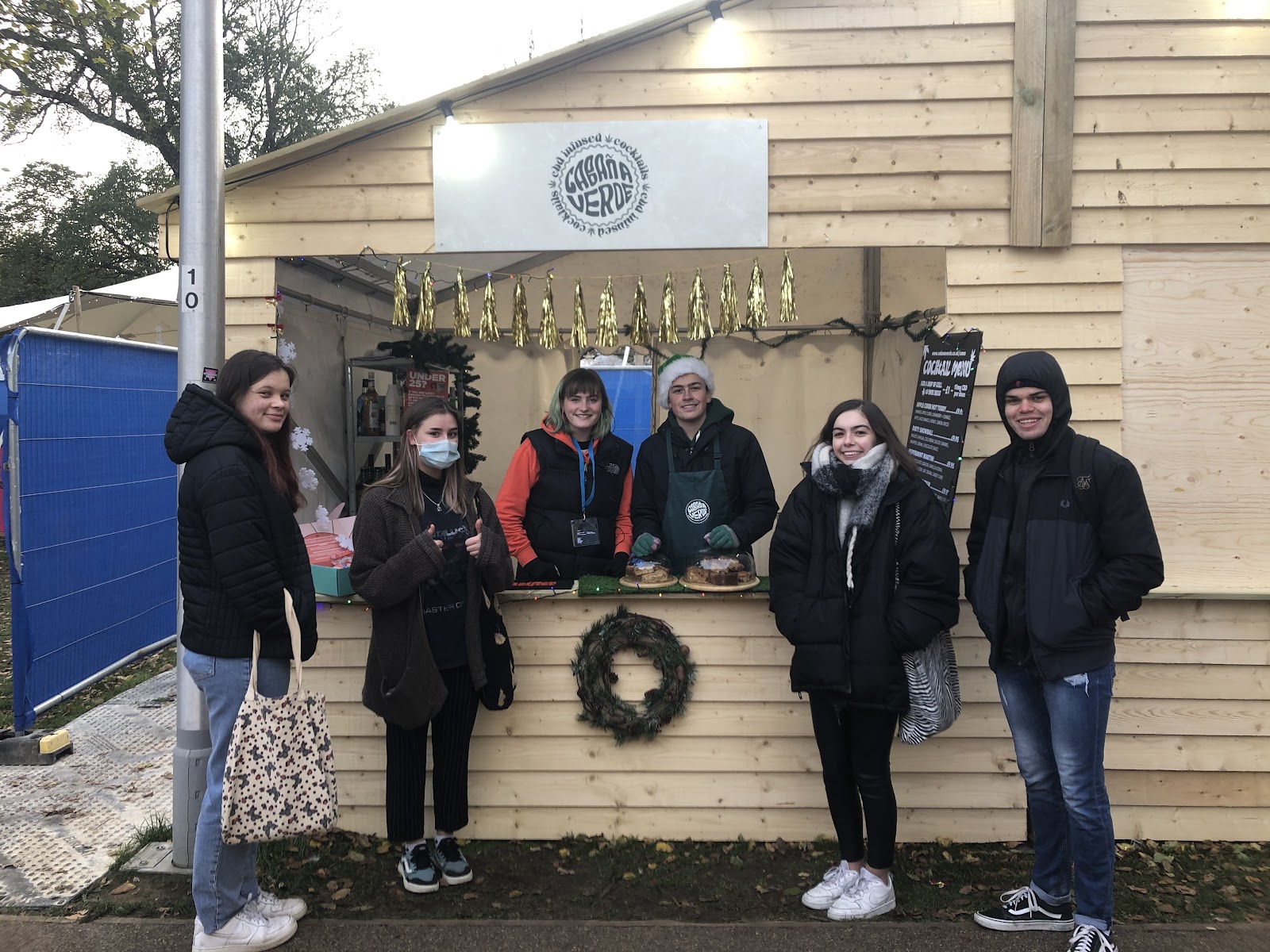 The festival itself has also seen an increased number of partners that help fund and support the festival, from platinum partners such as Focus Group and Hilton Brighton Metropole to Gold partners such as Mc’kenzie, Twelve A Studios and NOEA. This increased backing has helped ensure the festival returns back to form, making it both bigger and better than it has ever been!

The Brighton Christmas festival kicks off with a mouth-watering display of foods to further satisfy both tourist and residents’ Christmas experience. Though the weather threatens colder conditions compared to previous years, cooks and stall owners are still working hard to keep the spirit of the festival alive. That is the true ‘character’ of Brighton, people who are passionate and dedicated to their craft. Reaching our hearts with music to our ears, art in our hands, theatrics to see and most importantly… food to our stomachs!